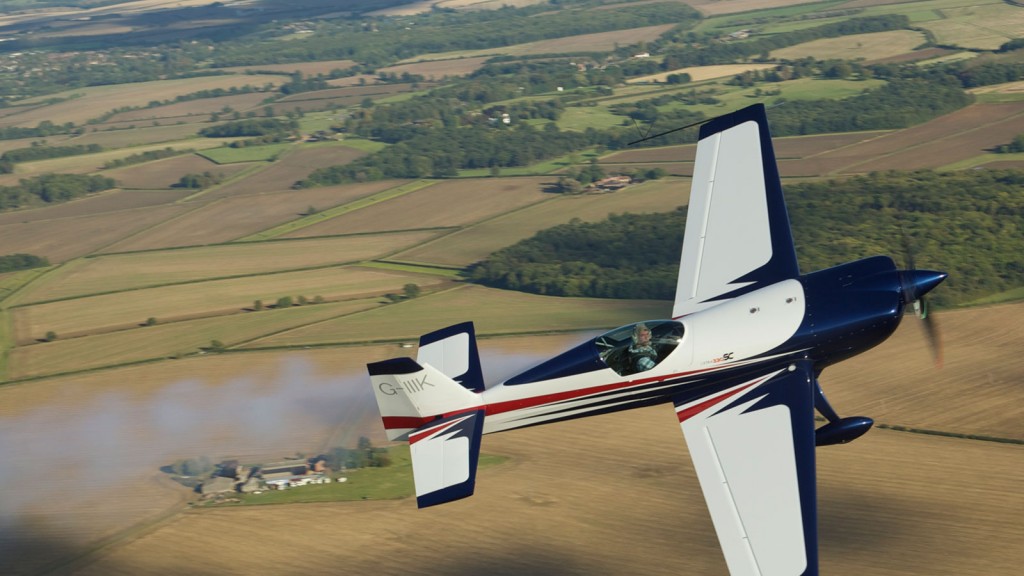 Simon performs in a single seat Extra 330SC, the newest and most advanced aerobatic aircraft in the world.

Produced by Extra Aircraft of Germany, the Extra 330SC is lighter, faster and more manoeuvrable than any other aircraft of its type in production today.

The Extra is powered by an American built Lycoming 580, a 315 horsepower 6 cylinder engine. The airframe is built from a combination of carbon fibre and steel tubing. The design has won multiple World and European Championship titles between 2009 and 2017.

The Extra tumbles and rotates at unbelievable rates in almost any attitude, achieving speeds of 250mph forwards and at times over 50 mph backwards. It is incredibly strong subjecting the pilot to gravitational forces in excess of +10/-8g.