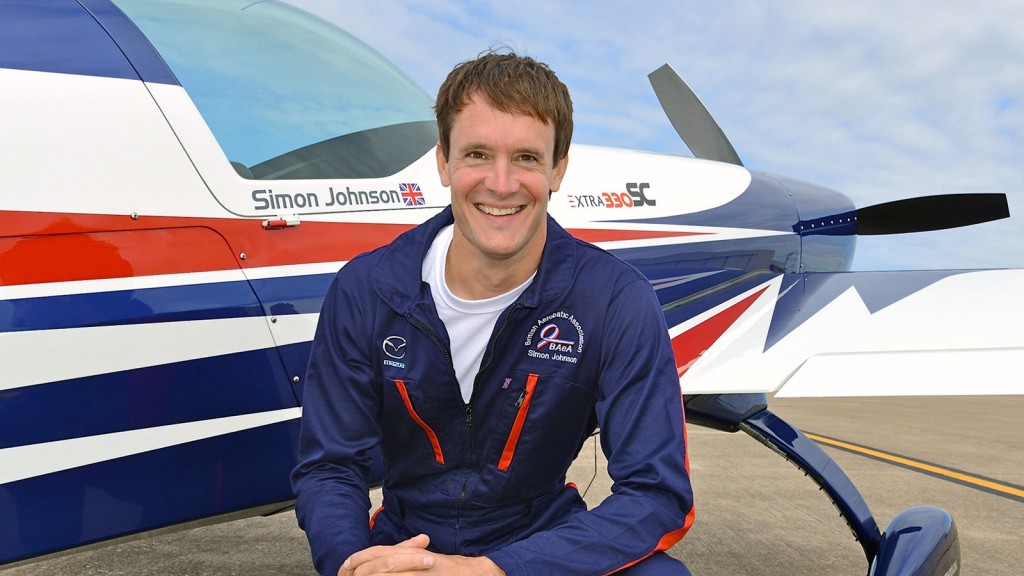 Simon began flying in his late teens. “I learnt to fly so that I could fly aerobatics. I’m not from a flying family but as a boy I was fascinated by anything that flew. I learnt to fly at the age of seventeen and was inspired by the great aerobatic pilots of the early 1990’s. In particular Xavier De Lapparent who was world champion in 1994 and who has been my coach for the last two years.”

After learning to fly, Simon spent ten successful years flying the ubiquitous Pitts Special biplane in domestic competition prior to switching to a monoplane in 2010. “I loved flying the Pitts although to reach to top of the sport you need more horsepower, a very fast roll rate and a carbon wing. My aeroplane is probably the best competition aircraft flying today.”

Simon held a place on the British Unlimited Aerobatic Team for four consecutive years. He represented Great Britain at the FAI World Aerobatic Championships in Texas, USA during 2013 and again in Chateauroux, France during August 2015 where he was the second highest placed British entrant.